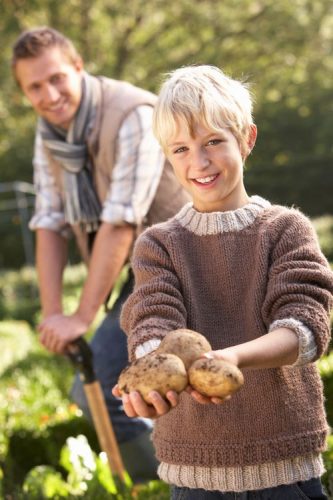 Since 50% of our behaviors are environmentally determined, parents have an opportunity to make a significant difference in their children’s lives, including their sexuality. [1. In the past certain ministries ministries claimed that distant fathers and overprotective mothers caused homosexuality in boys. I don’t believe that, but parenting is a contributing factor to healthy sexuality.] As I shared in my earlier post (please read it, along with this one), the very best thing parents can do for their child is to love and affirm them and demonstrate that love.[2. Consistent discipline is another side of love, but that’s too much for this post.] Most children crave physical affection, but parents need to be sensitive to each individual child and his/her needs. In other words, listen to your child with your heart. If they enjoy hugs, give lots of them. If they don’t like hugs, affirm them in other ways.

Parents can strengthen their child’s sense of self and his character by not only telling them they are valued and loved, but also demonstrating they are valued and loved by asking for and respecting their opinions. They are unique creations of our Father God, and parents should not expect them to fulfill their dreams. Ask children and teenagers about what they want to do with their lives. They may not have answers, but you can suggest options for them to consider, and then let them know that you will support their choices.

Since parents are in the place of God to their child, children will learn from you, their parent, what God is like. Is God dictatorial and arbitrary, or is God loving and dependable? Can your child count on you to meet his needs? Can you be trusted? Do you keep your promises? Or do you make promises and threats you don’t follow up on. Your child will see God as being much like you. So be careful of how you represent God to your child.

When a son doesn’t enjoy the “boy things,” such as team sports and hunting or fishing, it may be a challenge for the dad to learn to affirm his son’s predilection towards art and music. But the effort will be worth it. It may even be that when he affirms his son’s musical side, he can also coax him into becoming good at some sports – which will reduce the likelihood of harassment later in school life. Whenever possible, practice or train with your child. But pushing any child into sports too early can be damaging. And remember that competitive team sports are not the only options. Some children do much better in a less competitive setting where they can just strive to be the best that they can be. Such options may not be offered at school and may represent an extra expense. Think of swimming, running, judo, gymnastics or wrestling. Also consider other physical extra-curricular activities such as gardening, hiking or rock climbing. A number of these offer opportunities of doing things with your child – which is usually a better option than sending your child off to be supervised by a stranger.

The same principles of affirmation holds true for mothers and daughters, as the story below suggests. That’s not meant to say that opposite-sex parents aren’t important. Bonding with both parents is very important for social and sexual development.

Dads have a significant influence on their daughters, for instance. Fatherly affirmation goes far towards a girl’s sense of femininity. I remember Katie, one of my bright female high-school students, going through a period of self-doubt and confusion, appearing depressed. I decided to speak to her father and suggested that he plan on taking her out for regular dates. In the following weeks, Katie’s disposition and confidence perked up noticeably. It doesn’t take a degree in psychology to recognize that feeling affirmed by her father in her sexual identity can go far towards preventing sexual confusion and/or experimentation by a young woman.

With the father having so much influence, what’s a single mother to do? It is admittedly more difficult. But it is worth making an extra effort to reach out to uncles, grandfathers and other families in the church to stand in for an absent father. In such cases, boys’ clubs may be a good alternative. [3. Just keep in mind to listen carefully to your son, and if he feels the least bit uncomfortable with another male, do not insist on contact. Unfortunately, predators are drawn to “serve” in such clubs.]

Since behavioral research indicates that approximately 50 per cent of what goes into forming our behaviors is genetic, that means that we can influence the other 50 per cent. So, even if a child has a biologic predisposition to same-sex attraction/a homosexual orientation, it is possible to lessen the impact that will have on him or her later in life.[4. I have personally followed the development of a young child who showed various signs of being “gay” developing into a confident young man through intentional affirmative fatherly parenting. His father also made sure to indicate openness towards gay people … just in case. I can’t foretell the future, but so far, he is holding his own in the world quite well.] Above all, pray a lot. We need to pray for wisdom in parenting our children, and we need to pray for that God will protect and guide our children in His ways.